Taikokiat Shindō is a show that combines Japanese tradition, dance, taiko and electronic music. The project is born from Masako Matsushita and the taiko artist Mugen Yahiro, both Italian-Japanese. Their existance of being at the border between two cultures generate experiments between taiko, dance and Japanese tradition. They start working not only on distant cultures, but towards a true dialogue between past and future, through a multidisciplinary environment where tradition meets new languages and new technologies. The show is composed of several moving paintings and presents various characters that guide the audience through the world of spirits and the one of human beings.
The first part, as introduction, presents the monk and the narrator, who prepare the spectator to enter a mystical atmosphere.
The second part presents two figures of Japanese folklore, Kitsune, the fox spirit, and Tengu, an angel-like creature characterized by a long red nose. Both are representatives and protectors of nature.
The third and final part is the world of human beings where the bodies of the two artists, pushed to the limit, through taiko and dance, become instruments for the search for enlightenment. In Taikokiat Shindō, Art is the way through awake the energies of the spiritual world and realize itself in all its power. 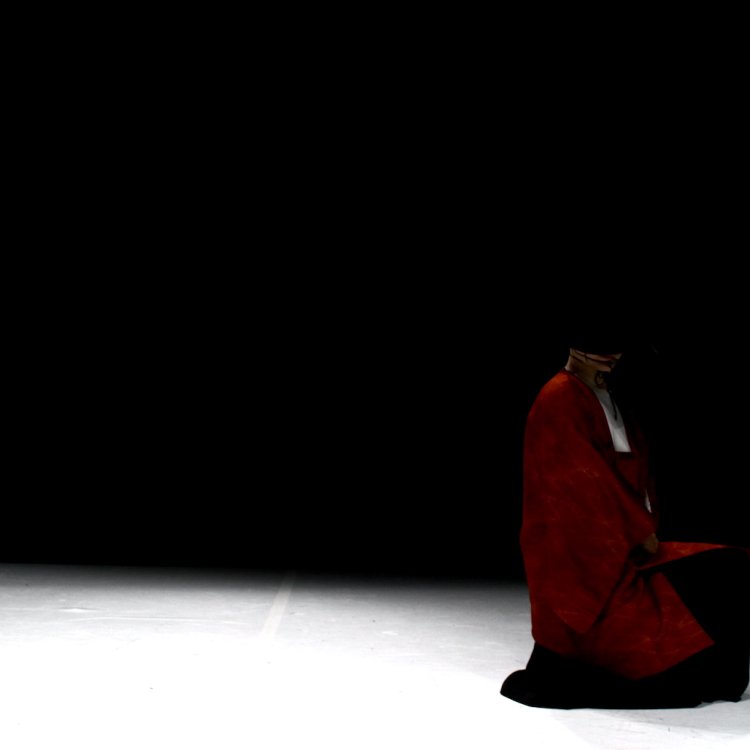 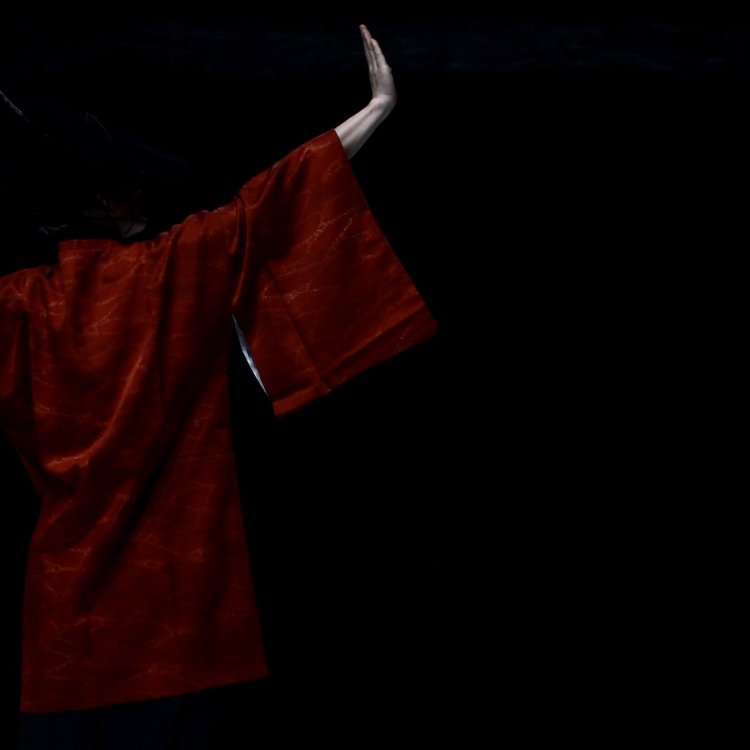 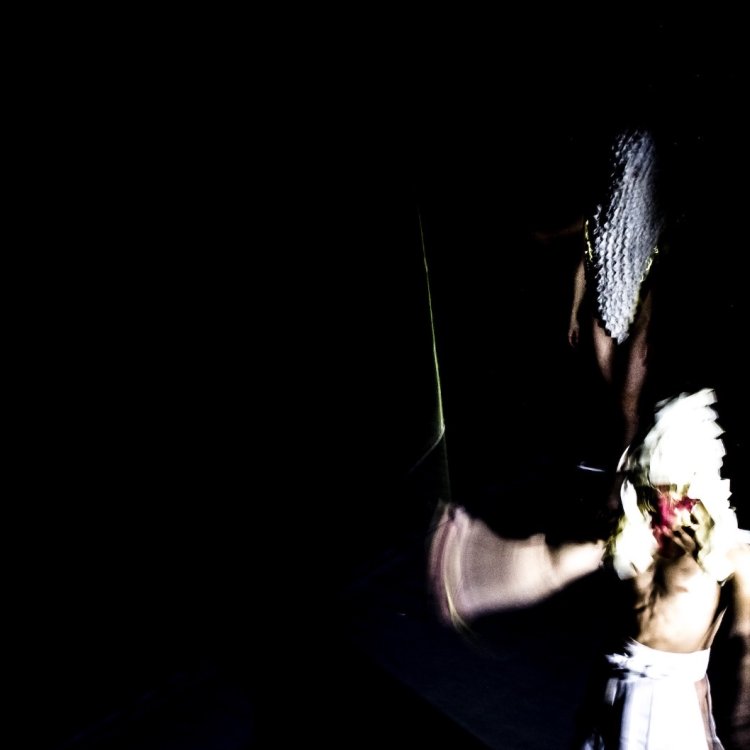 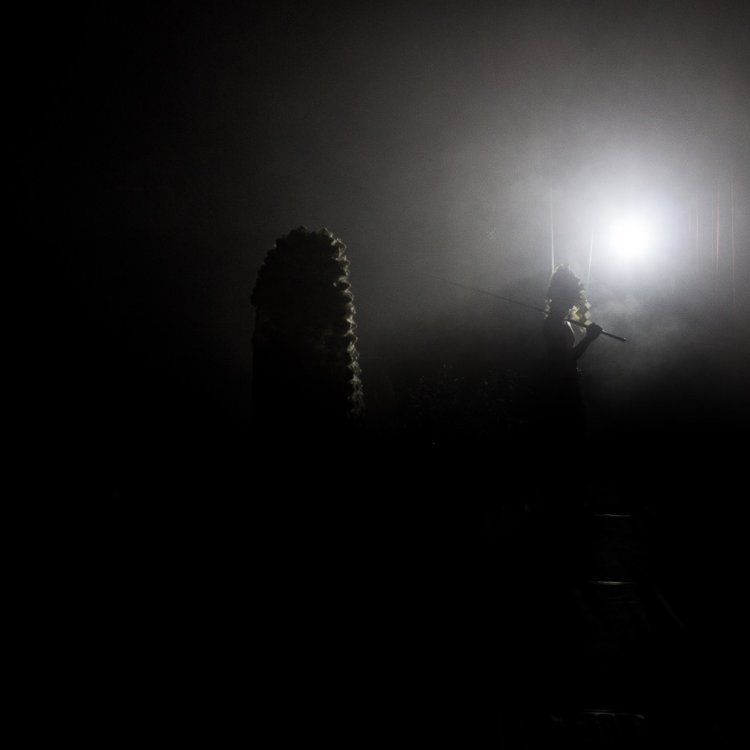 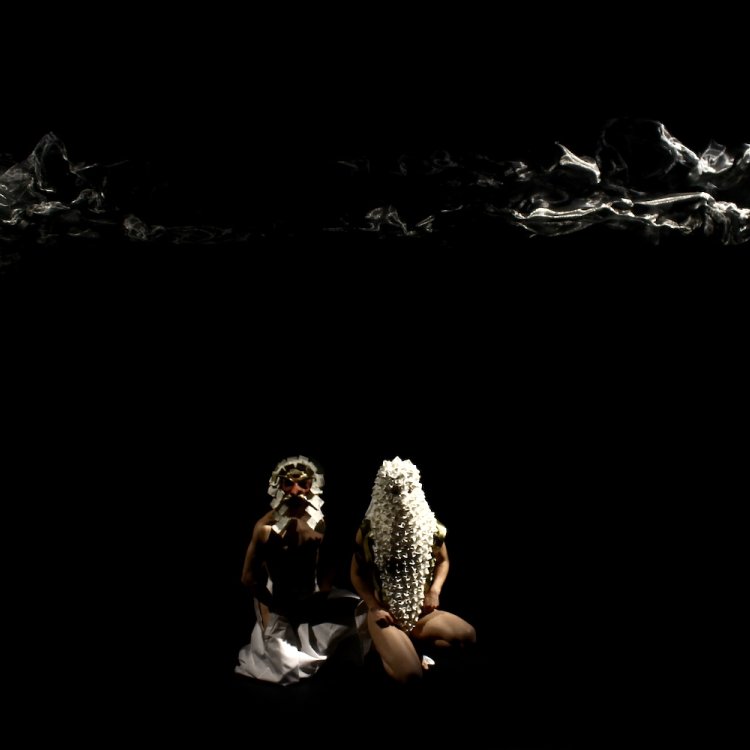 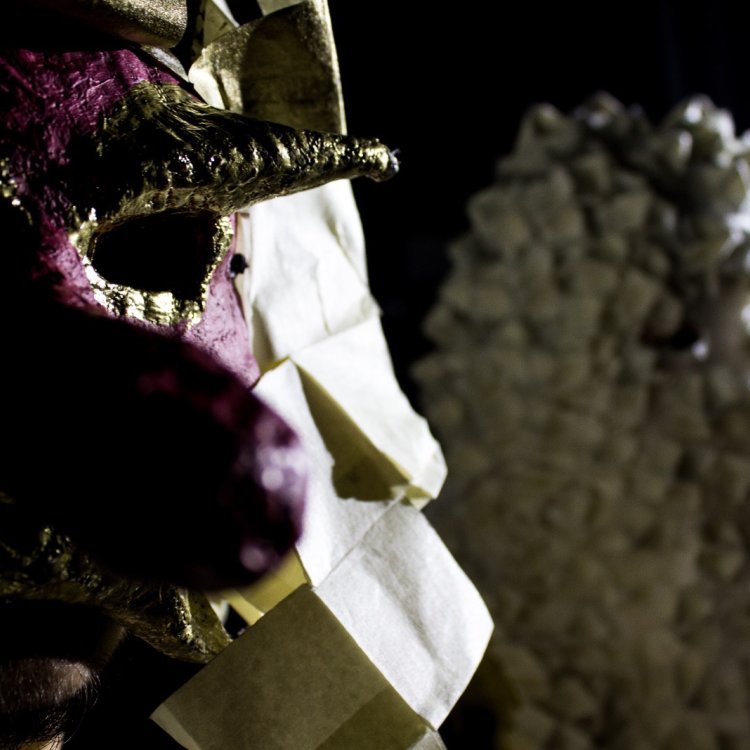 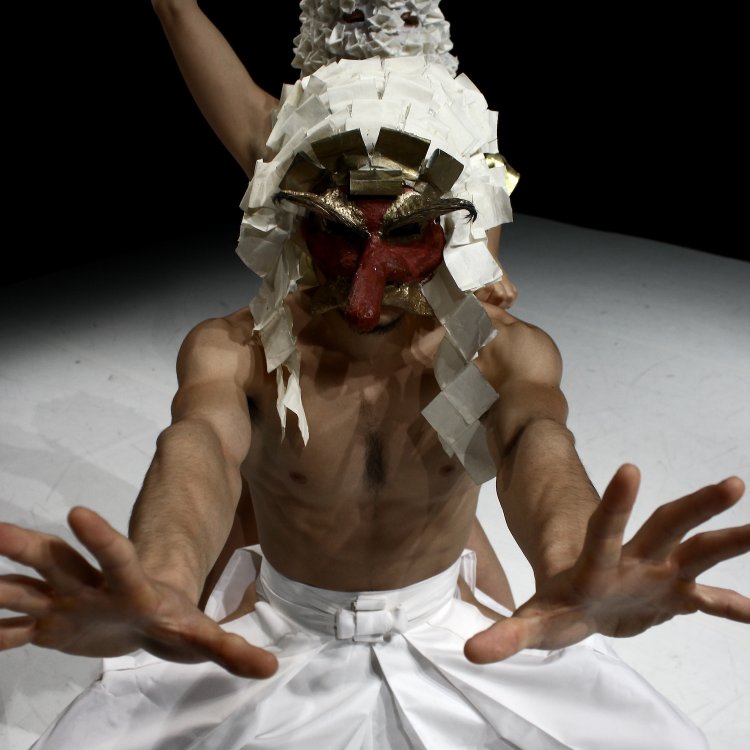 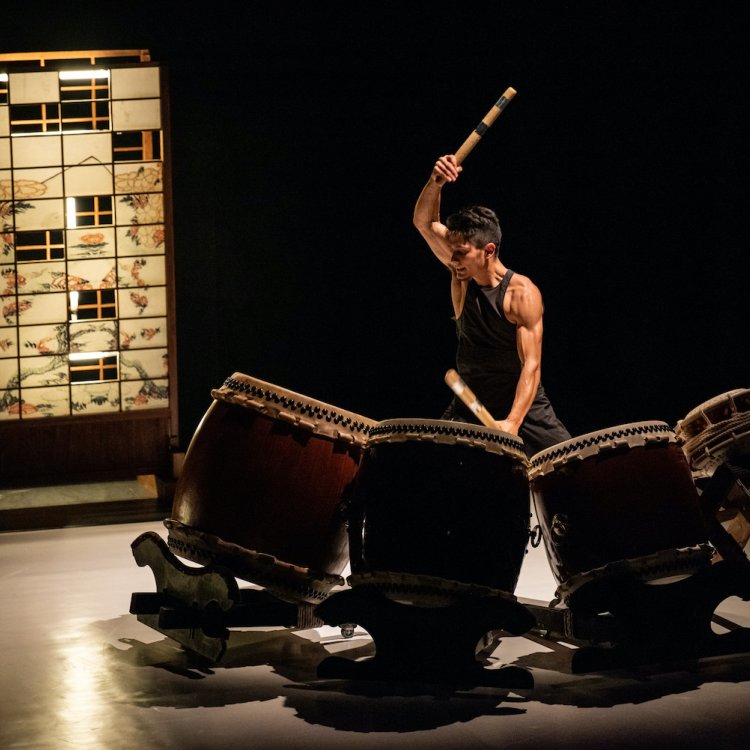 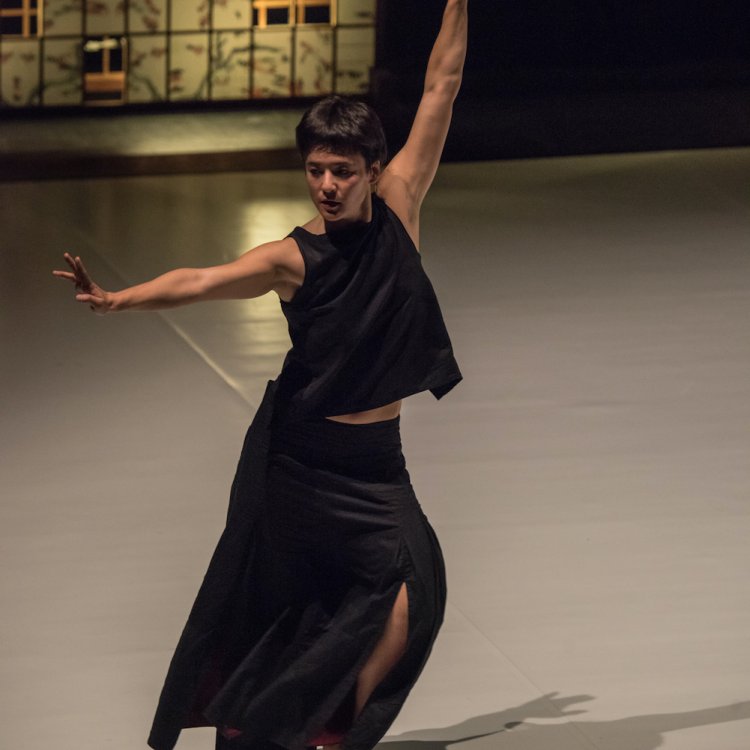